Update: Sethonious has won the grand prize for his mouthwatering description of WeinerWorks.

The two second prizes go to Gregg for really being the only one to offer up a “worst” experience with a hot dog (and an amusing one at that), and to rossitron for most interesting use of condiments.Â  I just e-mailed you guys to get your addresses to send out the prizes.

As readers of So Good know, Sonic seems to come up more frequently than your average chain here. Whether it is me lamenting its infuriating decision to run national ads while not building stores in my area, noting it is one of the top ten QSR’s by sales revenue or Sonic making the final three of our Fast Food Bracket – it always seems to enter the discussion more than other chains of its size.Â  Well now Sonic wants to remind So Good readers that they are running out of time to try the new(ish) Sonic footlong quarter pound Chili Cheese Coney. That’s right, this bad boy is only available till August 29th: 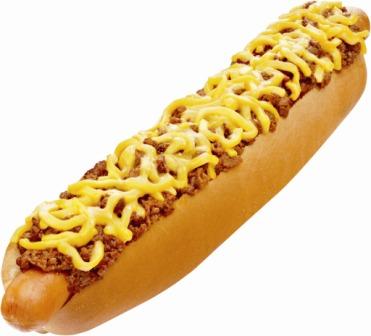 While dudes on Coney Island websites argue with themselves and Wikipedia over the “real” definition of a Coney Island dog, other people who love fast food a little too much have taken to YouTube, like this dude who crushes a Coney Dog in his car for a video review, or this lady who proclaims “that’s the one.” Now I have no review of the Coney Dog myself, because Sonic still refuses to build a store in the DC area, but that’s probably for the best, because while I can enjoy a good chili-cheese half-smoke at a ballgame, I generally don’t care much for hot dogs overall. What I am a fan of (usually) is Sonic’s commercials, and the latest ad for the Coney Dog does a great job poking fun at a competitor, Subway:

So if you want to try a Sonic footlong chili-cheese Coney Dog, get your butt to a Sonic soon, because they are available for $2.99 only until August 29th.Â  But before you do that, I must ask, are you a fattie? Do you eat too much fast food already? Because if so, you might want to check yourself before you wreck yourself: this bad boy clocks in at 810 calories with 53 g of fat and 22 g of saturated fat – more than 100% of your recommended saturated fat allowance for a full day.

And what’s that about baseball tickets and Sonic gift cards you say? That’s right, the folks at Sonic want to hook it up, so here’s what we have to offer:

One Grand Prize: Â four (4) tickets to a local MLB/AAA baseball game
(transportation not included) and a $25 MySONIC Gift Card

Sweet! In the comments share a fun/horrifying memory about the best/worst/weirdest hot dog you’ve ever had. The best comments/memories, as determined by me, will win the prizes. And don’t write a novel.Â  Believe it or not I have things to do with my life besides read 9 paragraph comments to my food blog.Â  You have till Saturday at 9 am EST to leave a comment to enter to win. Have at it peeps.