That’s the slogan for the website Bacon Freak, lovers of bacon and purveyors of a gourmet Bacon of the Month club. Recently, I was contacted by Rocco, over at Bacon Freak, who asked if I would be interested in trying some of their premium bacon. Needless to say, after a quick peek at some of the pictures of bacon on their site, “yes” was the answer I immediately responded with. Shortly after talking with Rocco, I received two packages of bacon in the mail. One was the Coastal Caliente – Smoked Jalapeno Bacon that I had requested, the other (which he selected for me to try) was Rocco’s Private Reserve Country Pepper Bacon. Bacon Freak is very web 2.0 savvy, featuring a blog, Facebook group and MySpace page, so I was curious to dive into the bacon and see if their bacon making skills rival their bacon marketing skills. Additionally, I wanted to put to the test some of the claims Bacon Freak makes, including this one:

when you cook gourmet bacon, it barely shrinks, which means you get more bacon!

Keep reading for more on Bacon Freak, including photos of bacon sizzling in my frying pan.

After getting the bacon out of my fridge and opening it, the very first feeling I had was heartbreak. No, not because the bacon looked bad, but because it smelled so delicious that it induced me to immediately go back to the website and look up the other flavors they offered. At that moment was when heartbreak set in, because I realized I wasn’t going to get to try their vanilla bourbon hickory, apple cinnamon or honey BBQ bacon.

As I began to cook the first batch of bacon, I made a mistake. I normally like my bacon pretty well done, and failing to heed the warnings on the packaging not to overcook this bacon, I did so. The jalapeÃ±o bacon was crunchy, but it seemed to have lost some of its spice. It was time to try again, so I threw four pieces back in the frying pan, and this time, cooked them to perfection. 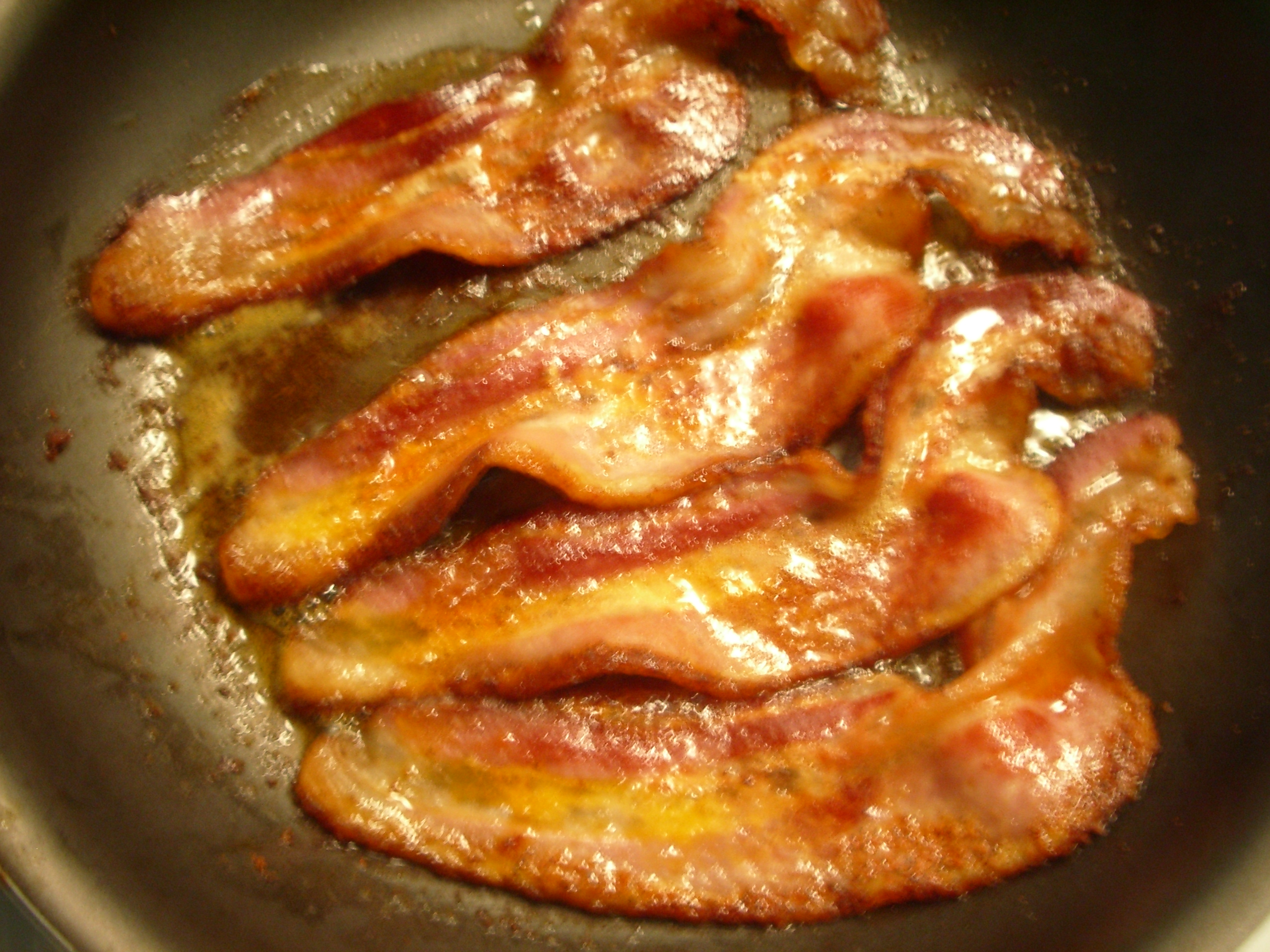 I will say this about the jalapeÃ±o bacon: it wasn’t that spicy. Even though I like spicy food, that’s a good thing. Bacon is bacon. A good cut of meat is going to taste delicious, and you want spices, rubs and flavorings that enhance the bacon taste, not overpower it. This bacon fit the bill. Thick & meaty slices with just a hint of jalapeÃ±o flavor – I enjoyed. Also, just as Bacon Freak had proclaimed, the bacon, thanks to their dry rub process, barely shrank at all, and I was able to eat very hearty strips. Next up, Rocco’s Country Pepper Bacon: Having learned my lesson with the jalapeÃ±o bacon, I kicked ass with this batch, cooking my peppered bacon perfectly. Smokey, a little sweet, and nice and peppery. Yum. I had made the decision to have a “breakfast for dinner” meal, opting to sample this bacon at night instead of for weekend brunch. Why do I mention this? Because when a friend came over shortly after I finished cooking, my apartment reeked of bacon. Even when I woke up the next morning, the subtle hints of hickory bacon were still in the air.

I will warn you, the cost for this bacon is quite a bit – about $30 for two 16 oz packages. You are definitely paying a premium to get a premium bacon. I don’t buy bacon often enough in stores to know the best prices, but considering you pay $4 – $5 for a package of even the most generic brand of bacon, it’s probably not uncommon to have to pay at least double that for the “good stuff.”

That being said, the bacon I had was big, meaty, smoky and all around delicious. I haven’t finished it yet, and I’m debating some sort of bacon dish or BLT for dinner tonight.

You can check out all their other bacon offerings at the Bacon Freak Store.